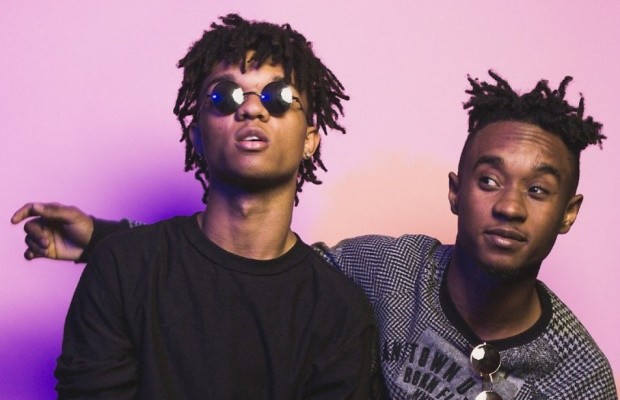 Rae Sremmurd comprises of rap stars and brothers Swae Lee and Slim Jimmy. The duo released the smash hit singles ‘No Flex Zone’ and ‘No Type’ last year. The video for the new single, “This Could Be Us” was shot in South Africa.

Rae Sremmurd come all the way from Atlanta in the United States. Sremmurd, in-case you were wondering, is the word ‘drummers’ spelt backwards. Rae Sremmurd are set to perform at the 8th Annual Roots Picnic in Philadelphia, alongside the likes of The Weekend and A$AP Rocky. The rap duo will also be joining none other than Nicki Minaj on her ‘Pinkprint Tour’ in July. This connection may be enough to keep the South African hopes of a Nicki Minaj concert alive.

‘This Could Be Us’ Music Video

The new video was directed by Max & Michael Illaims and follows the brother as they break up with their respective girlfriends over FaceTime. Rather than let relationship troubles get them down, the duo travel around Johannesburg, waving the South African flag high. The places visited include the Nelson Mandela Square, a game reserve and nightclubs. The Video was released 3 weeks ago and has already gained over 5 million views on Youtube. It has been filmed beautifully and showcases Johannesburg, South Africa and perhaps even Africa for exactly what it is: a stunning, bustling and remarkable place to be. As South Africans, we salute the tribute and feel honoured!

Rau Sremmurd have shot their video “This Could Be Us” in South Africa and it is absolutely incredible! What are your thoughts on the video?