Home Lifestyle Relationship Corner When Men Cheat, Why Does Everyone Blame ‘The Other Woman’? Consider the word “homewrecker” for a second. Did the image of a man or woman come to mind? With cheating scandals, we all love to blame “the other woman” (especially if she looks like Kate Upton). In our heart of hearts, we know it takes two to tango – so why is it that women still get all the blame? Let’s examine the psychology:

We Assume Guys Are Bad Anyways

Fact: Men commit the majority of heinous crimes we see on TV and read about online. “There’s this assumption that men are dogs and women are the nice ones,” says Christine Hartman, Ph.D., a behavior scientist and relationship expert. “When women do something bad, it’s easier to get mad at them because we think they’re acting outside their true nature.” It’s as if they’ve broken a sacred code (you know—the one that goes ‘don’t get with my man and I won’t sleep with yours’). The woman is considered an evil bitch while the man is accused of making a mistake, yet in reality, he’s the only one that’s broken any kind of contract.

It’s Easier to Hate Her

“The other woman is an easy target—especially if you don’t know her, or she’s not your friend. Hating the person you love that wronged you, on the other hand, is confusing,” says Hartman. “Putting the blame on him makes you address uncomfortable questions, like ‘what if our marriage is a sham?’ ‘Maybe he’s not who I think he is?’ ‘Am I going to be alone the rest of my life?’” And, most of the time, if we’re lashing out at her, it’s because we plan to stay but need a place to put our anger, says psychologist Brandy Engler, Ph.D., author of The Men On My Couch. (And we know yelling at him will only jeopardize the relationship more.)

We Think She Tempted Him

Call it slut-shaming 101: “We think, ‘if I can just get rid of her everything will be ok,’ because she’s tempting him and making it easy for him to cheat. But we know there’s a million reasons why guys cheat, and usually it’s a bigger problem than just getting rid of one woman—that’s like treating the symptom,” says Hartman. What is more effective: Forget about condemning the other woman, and try to understand his behavior. “Rarely do guys cheat because their partner isn’t beautiful enough or the woman he cheated with is more beautiful—he’s usually acting out because he’s angry at his partner or hasn’t been getting his emotional or physical needs met,” says Engler.

So, next time you’re trying to console a friend who has been cheated on, or—gulp—dealing with a cheating situation of your own, heed the temptation to clapback at the other woman. At the end of the day, she’s just another lady looking for love.

The Truth About Why Men Cheat;

Okay, so here’s the bad news: Some men cheat. Not all men, but some men (and, hey, some women!) commit acts of infidelity. And when they do, it’s worth understanding why they do — not that it makes it okay, and not that it doesn’t make you want to throw your wedding china across the kitchen or a enact a Carrie Underwood-style revenge (um, don’t do that).

But should you be concerned your partner has been unfaithful, here’s what you should know.

The truth is, there’s never one reason why a guy strays.

The whole cheating thing would be a lot easier if there was a blanket diagnosis for all men on the face of the earth. But the truth is, men — like women! — are complicated creatures with a multitude of reasons for doing what they do.

Men might cheat for a multitude of reasons, says Dr. Jane Greer, New York-based marriage and sex therapist and author of How Could You Do This to Me? Learning to Trust After Betrayal: “the thrill of the chase and conquest, a sexual addiction, [feeling that he’s] deprived or unhappy with the amount of sex they’re having with their partner, emotionally upset and feel their needs aren’t met by their partner,” or that he wants to boost his ego and feel attractive…or he might be afraid of real intimacy.

There are, however, usually two clear-cut, overarching reasons that men cheat: Something’s going wrong in the relationship, or there’s something in that guy’s DNA that predisposes his eye to wander.

“Cheating is a symptom generally of relational problems, and sometimes cheating is indicative of an individual’s problem,” says Laurie Watson, sex therapist and host of the podcast Foreplay. “The philandering guy who’s got a girlfriend at every hotel for business, that’s a different kind of cheating than the man who has an affair with his colleague.” 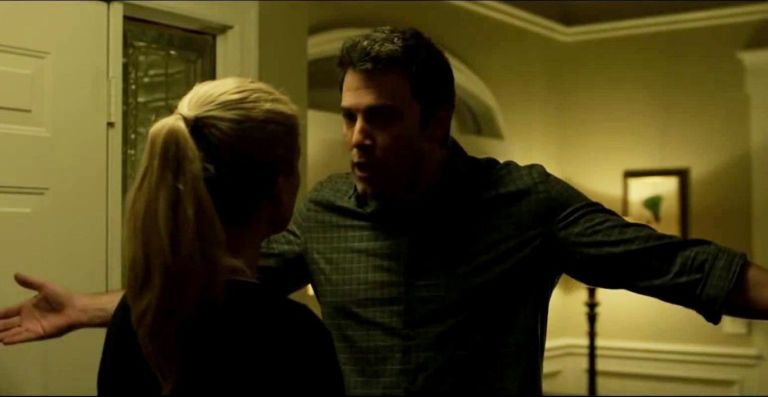 More often than not, there’s something off in the relationship.

In fact, when marriage counselor M. Gary Neuman spoke to 200 cheating and non-cheating men for his book The Truth About Cheating, he found that 47 percent of the men he spoke to cheated because they were emotional unsatisfied, something that runs counterintuitive to what popular culture might dictate that we believe.

“Our culture tells us that all men need to be happy is sex,” Neuman says. “But men areemotionally-driven beings, too. They want their wives to show them that they’re appreciated, and they want women to understand how hard they’re trying to get things right.”

The problem is that men are less likely than women to express these feelings, so you won’t always know when your guy is in need of a little affirmation. “Most men consider it unmanly to ask for a pat on the back, which is why their emotional needs are often overlooked,” Neuman says. “But you can create a marital culture of appreciation and thoughtfulness — and once you set the tone, he’s likely to match it.”

Of course, that can be terrifying, because as Dr. Fleming points out, real intimacy often occurs in sharing lots of details with another person, which thereby makes emotional affairs feel that much more threatening.

It’s not just about being tired of routine — it’s about a lack of communication.

Here’s a stereotype you might be familiar with: A man comes home from his long work day to his rightfully exhausted wife with the kids, doesn’t get laid, and feels stir-crazy. More often than not, though, it’s not just the routine that makes a man look outside — it could be because his partner doesn’t listen when he tries to break out of the rut.

“It’s often a result of long-term chronic frustration with a non-responsive partner,” Watson says. “There’s a sensation of not wanting to live in a routine, rote life — they want some kind of excitement.” 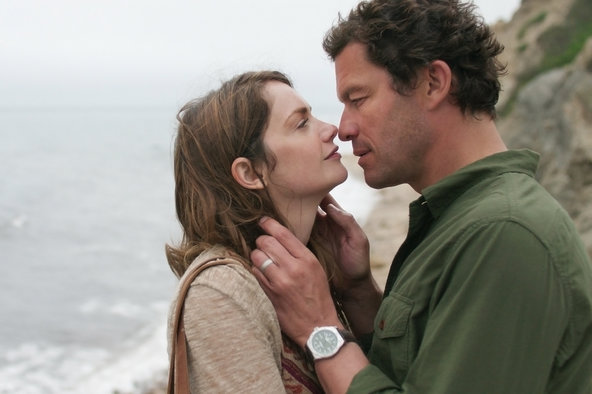 It’s not because of your appearance.

Neuman said that only 12 percent of the men he surveyed said the woman they slept with was more attractive than their partners.

“Often times, women take way too much responsibility [for their cheating partner, saying], ‘if I were thinner, if I were more [insert variable here]…but sometimes, truly, their partner’s going though a a mid-life crisis or is struggling with his own mortality or is frustrated at work.” She says women should own whats theirs, but not what isn’t.

It’s not because they’re totally aloof and have defunct consciences.

Sixty-six percent of the men that Neuman surveyed felt guilty when they cheated, which makes sense, and Watson says that plenty of ethical people cheat…and they recognize that it’s bad. So, yes, genuinely good guys have confessed to screwing up.

That doesn’t mean it’s easy to forgive, and it doesn’t make the actions right. And though infidelity can trigger a divorce, many times, Watson says, a marriage can emerge stronger once a couple works through it — but the crucial thing is that the couple has to actually be willing to work on it and want to repair the marriage. As with most parts of life, it doesn’t just fix itself.